The oratory of San Micheletto between history and art

The oratory of San Micheletto between history and art The oratory of San Micheletto is located on the ancient (and once unique) road that connected the city to Lessinia. In the 11th century a capital or altar stood in its place, a destination during the transhumance period, in spring, by the shepherds and herdsmen who stopped there to pray for St. Michael to protect their families and on their return, at the end of September, they recited the prayer of thanks. It is no coincidence that the centers dedicated to San Michele arose in the most inaccessible and solitary places where man felt most exposed to natural dangers, or along the roads, where there was a risk of aggression.

Given the distance from the houses, the church, during the period of the plague of 1630, was used as a hospital. It then housed the Confraternity of San Michele, or an association of faithful established for the exercise of works of piety and charity. The members wore a long white robe, tied at the waist with a black leather belt and fitted with a hood to cover the face. The confreres did not pronounce vows, nor did they live in community. The Napoleonic abolition of the brotherhoods led to the sale of the church to the Ronca family.

The two-colored facade emphasizes the division of the church from the current sacristy, once the home of the hermit guardian. The last owners, the brothers Giovanna and Don Mario Ronca, in 1999 donated the church to the parish of Grezzana, including the furnishings. A citizens' committee was responsible for raising funds for the complete restoration: it was inaugurated in September 2002.

The oratory comes alive particularly on 29 September on the occasion of the feast of San Michele which attracts devotees from all over the valley.

Inside you can admire the fourteenth-century fresco "Madonna and Child", the Virgin is depicted as a queen, whose crown is carried by two angels and protects Jesus with one hand. Behind the altar, there is a canvas by Alessandro Turchi known as the Orbetto (1578-1649), in it San Michele weighs souls with his left hand and pierces the devil with his right hand. 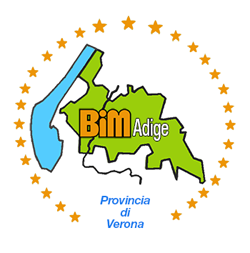